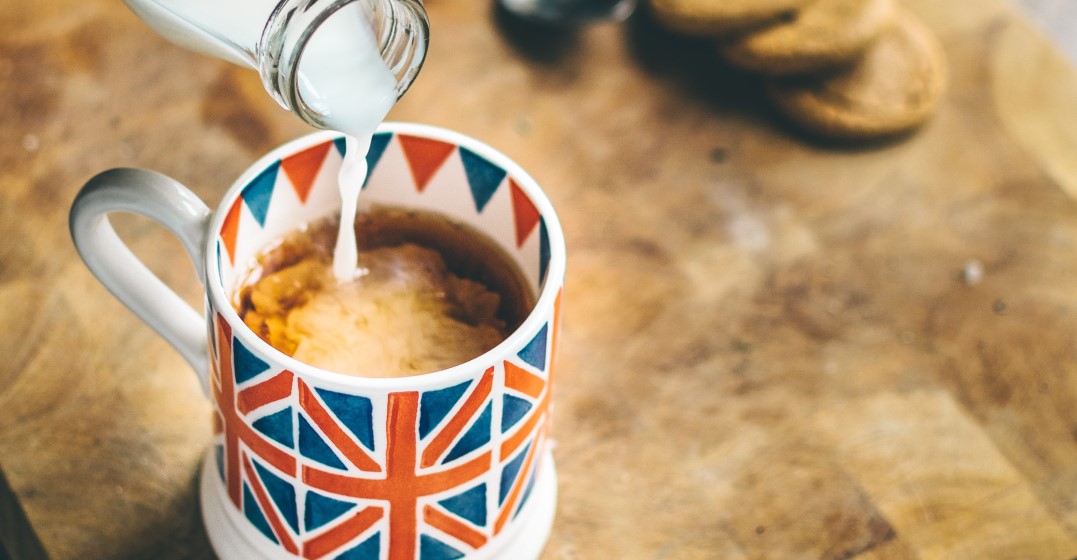 Do you know what to do when someone tells you to budge up? And how would you feel if you were skint? The British have a lot of unique slang, so let’s crack on and learn some.

If you learn only one word before travelling to the UK, let it be cuppa. Meaning ‘a cup of tea’, you’ll barely get through the door of any British home before you hear, “Fancy a cuppa?” Just make sure you specify if you want it with milk or not – I know the great British drink makes some foreigners a little queasy.

If you don’t fancy a cuppa, maybe you’d prefer a pint? Walking into a pub and saying, “I’ll have a pint please,” always means a pint of beer, don’t expect to get a pint of water or lemonade handed to you.

This means ‘move over’, or ‘make space for me to sit down’. Say this to someone you know well, not a stranger on the Tube.

You definitely don’t want to be skint as this means you have no money.

Get on with it, keep going, or start doing something. While working you might hear, “Let’s crack on, the pub closes in half an hour.”

Very happy. “I was really chuffed when I found a tenner in my pocket.”

The opposite of chuffed, so very disappointed or unhappy. “I was gutted when I heard Prince Harry had got married.”

This has replaced ‘LOL’ – so it means you found something really, really funny. “Donald Trump’s hair.” “Dead.”

Originally used to mean retching – and it still means that – gagging is also used for when you’re really thirsty. “I’m gagging for a cuppa – tough day.”

“I stopped for a cheeky curry on the way home.” I know it wasn’t healthy to eat that, that’s why I’m telling you it was cheeky. Also used with drinks: “I had a cheeky pint of cider to celebrate!” This can also mean you had more than one. “Let’s go for a cheeky wine after work”, can also suggest, let’s go to the pub until closing time.

You probably know this one in the context of clinking glasses in a pub. But Brits also use cheers to say “thank you”, or even to say “goodbye”. Not to be said in an American accent – you guys across the pond really can’t pull it off. It’s like a Brit trying to say howdy y’all.

British words for being drunk

It’s no secret that a lot of Brits like a few cheeky pints every now and again. So it follows that we have quite a few adjectives to describe a state of drunkenness.

Not much to do with a supermarket trolley, I don’t think. Other than, you might well see some tipsy British students pushing their mates home in a trolley they’ve “borrowed” from Tesco.

As in so drunk your legs aren’t working the way you want them to.

As above. And there are so many more.

Aka, smashing two words together to make a new one:

An example that almost everyone the world over knows, brunch is a combination of ‘breakfast’ and ‘lunch’.

Put gigantic and enormous in a room together and nine months later they will have a ginormous baby.

This one is a little rude – just a little, honestly; it is a portmanteau of ‘crap’ and ‘spectacular’. It is usually used to talk about entertainment that is so bad it’s good. “Mamma Mia 2 is craptacular – it’s my guilty pleasure watching when I’m on a plane.”

Maybe one not to mention at the moment in the UK as it’s a sore subject for both sides. But Brexit is an amalgamation of Britain and Exit. “So, who voted for Brexit?”… cue awkward silence.