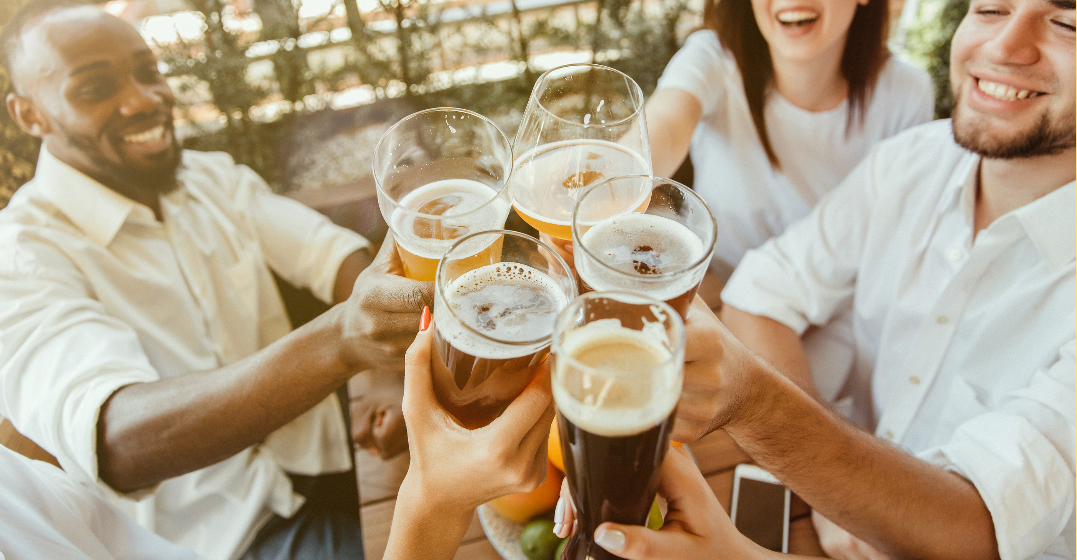 Every culture comes with unique traditions that are best experienced when spending time with the locals. As an American expat living in Germany, some German traditions I find to be truly hilarious and illogical, yet also awesome. The more time I spend here, the more I fall in love with how unique German culture truly is.

There is something truly magical about the way Germans do Christmas markets. I’ve been to other countries during Christmastime, and it’s simply not on the same level. At a time of the year when it’s dark and cold the majority of the time, Christmas markets are what I look forward to the most, because they brighten everything up. German Christmas markets have some of the best food in all of German cuisine, and are the main place to drink “Glühwein”, a German drink made of warm wine and spices. There are often also many shops with handmade goods that make the perfect Christmas gifts for friends and family. They’re truly the epitome of cozy. My only complaint is that they end at Christmas, because we desperately need them here in January and February, too!

If you see an item hanging from a tree, that means that someone lost it nearby. Whoever found it wants to make it more visible and easier for the owner to find. It makes complete sense, because if it was on the ground, there’s a good chance that it would stay lost. Smart thinking, Germany!

3. The German Christmas tradition of Krampus

Krampus is another German Christmas tradition, but this one is much less joyful. Some experts believe that Krampus is the ancestor to the friendlier version known as Santa Claus and his speciality is whipping children into shape – literally. The name Krampus actually comes from the term “krampen” in German meaning “to claw”. In Catholicism, Krampus is the patron saint of children and was invented to keep naughty children in check. He isn’t part of Christmas directly, but instead appears on the night of December 5th known as “Krampusnacht”. Before going to bed, children put a shoe outside their door for Krampus to place a gift in according to their behaviour. Children who haven’t behaved are either given a present for good behaviour or a rod for bad behaviour. In some areas of Germany that are particularly religious, there are also parades dedicated to Krampus where people dress up as him.

One festival that Germans can completely call their own is Oktoberfest. Although small versions of this world-famous beer festival are celebrated across Germany, the main event takes place in Munich. Although the term festival’s name sounds like it should take place in October (originally it did), but now often takes place during the end of September to improve the chances of having good weather. If you’re planning to attend, make sure to wear your Lederhosen (traditional German dressing style) and prepare to drink beer out of massive 1L mugs.

Another tradition that I’ve never experienced anywhere else is that it’s bad luck to tell someone “Happy Birthday” before it’s their actual birthday. That’s why if there’s a celebration, it either takes place on the exact day or afterwards, but never before.

In addition, it’s common in Germany to buy presents for others on your birthday, instead of the other way around. As an American, I find this tradition a bit disappointing, because it’s like being punished for having your birthday. Nonetheless, this tradition has begun to reverse itself and die out, which in my opinion is a good thing.

Something near and dear to German’s hearts is the concept of FKK (Freikörperkultur), which basically describes the concept of the freedom to be nude. FKK actually has nothing to do with sex. It’s more so about the freedom to take off your clothes while hanging out in nature, swimming, and especially in the sauna. While it began in East Germany as a method of rejecting Industrialism, it’s turned into a popular cultural phenomenon and is common among beaches across Germany.

You know the English saying “I’ll keep my fingers crossed” to create a hint of good luck? In German it’s about keeping your thumbs crossed, or “Ich drücke die Daumen”. So be sure to keep these little nuances in mind when learning German, otherwise you’ll end up with a bit of a misunderstanding.

I have never seen a culture that is more into fresh air than Germans. In German “frische Luft” (fresh air) is so important that they even have a legal requirement to air out your flat every day. The goal is to keep the flow of air clean and lessen the chance of mold, which is certainly a struggle when living in Germany. The windows are even built to have a slight tilt known as a “Kipp” so you can open your window just a little bit, but not completely. This really is one of Germany’s most important traditions!

9. The traditions of saying hello and goodbye in the doctor’s office and lift

As an American, I find this is one of the most hilarious traditions in Germany, because Germans tend to avoid talking to strangers unless there is a direct reason. But the one exception to this is at the doctor’s office and in a lift. In these cases, it’s customary to say “hello” and “goodbye” as you enter and leave each room. I’ve noticed also that all generations of Germans do this, so it’s a tradition that’s still going strong!

Germans are absolutely committed to work-life balance unlike anywhere I’ve seen before. While they are fully dedicated to their jobs and take deadlines very seriously, they take their holidays just as seriously. German law requires a minimum of 24 days of paid holiday per year plus public holidays, and many German companies offer even more. Furthermore, the majority of businesses are closed on Sundays to give people ample family time. People actually start to think something’s wrong with you here if you haven’t taken at least a few days of holiday in the last few months.