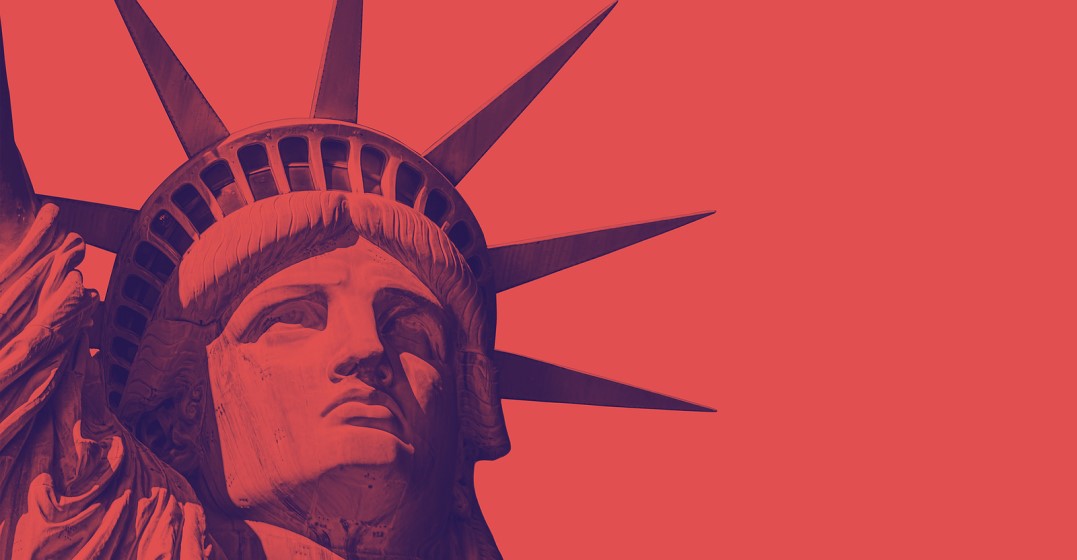 As with any culture, Americans have a certain way of doing things. They’re best known for their ability to small talk endlessly, wearing pajamas while out and about, and pumpkin pie on Thanksgiving. To put these into context, here is a list of things that are oh so USA from our American writer, Adriana.

10 things you know if you grew up in America

1. How to make American pancakes

As an American, I often host friends for brunch. I remember how awestruck some of them were that I knew how to whip up pancake batter in under five minutes. I had to laugh, because making pancakes is something that most of us learn as a kid, even as young as a toddler. Although the movies show Americans eating breakfast on the weekdays, that’s actually not so common, because they can take a while to cook if you’ve got multiple mouths to feed. On Sunday morning though it’s a good bet that at least half of Americans or more are eating pancakes.

By the way, in America, crepes are not pancakes. Similar to the global dispute about how biscuits are supposed to look, pancakes in America are slightly different than in other countries. They tend to be a bit thicker and of course we cover them in maple syrup.

2. The importance of pumpkin pie

Another piece of American soul is undoubtedly in pumpkin pie, especially on Thanksgiving. After baking it a few times for friends in Hamburg, I soon discovered that pumpkin requires a bit of an acquired taste as they found the jello-like texture a bit odd. Actually this makes sense because I haven’t really seen the concept of jello or American pie anywhere in Europe.

This also also gave me a good laugh during my travels. I was once at a Meetup event and was talking (for some strange reason) about the temperatures for freezing (32 degrees F) and boiling (212 degrees F) and one person asked me how I could know such things and if I was a math genius. Quite the contrary, these are just common temperature measurements in the Imperial System that all Americans know. In fact, America is one of three countries in the world that still uses the Imperial system (Liberia and Myanmar and the others). Everyone else uses the Metric System, which frankly is much simpler so I don’t know why America hasn’t switched yet.

4. How to responsibly rack up credit card rewards

Americans all have an uncanny ability to rack up credit card rewards like I’ve never seen before. It’s probably because we’re all encouraged to get one as soon as we turn 18, because we need to learn how to manage them. And this isn’t such a bad idea – if you use them responsibly. In America, credit cards can be used to build credit simply by opening the account. You don’t even need to ever use it. You also get great rewards like cash back, flyer miles, and points that give discounts on certain purchases like on Amazon. Regarding the responsibility factor of credit cards though, that I can’t say we as a country are so great at.

After travelling to over 30 countries, I can say for certain that Americans are the absolute best at small talk. There are some countries like Germany where it pretty much doesn’t exist and others like Canada where small talk is quite similar, but still not the same as America. If you travel to America, you better be prepared to tell every waiter your life story, because they will most certainly ask. Small talk is so deeply ingrained in American culture that every job I had growing up even had a section about providing small talk to customers in my work contract.

In America, tipping culture can be complex, but it’s important to understand the amount and also the polite way to leave a tip. In some states, tips are detracted from monthly salaries for restaurant workers, so they receive most of their income from tips. That’s why a 20% tip even at the bar is considered normal. In Oregon (where I’m from), workers receive full wages plus tips, so the restaurant industry employees actually make pretty decent money from the get go. In addition, when you leave a tip, it’s important not to tip in front of the waiter, because that’s considered rude. You should leave it on the table and they collect it after you leave.

We Americans are in love with our pajamas. Because we’re a very informal culture, we go practically everywhere in them – grocery shopping, to the park, and even to university. After having lived in Germany for over 4 years now, one of the things I miss most about America is driving to the grocery store on a Sunday afternoon and going shopping in my pajamas.

8. How to get a full meal for free at Costco

If there’s one thing that every American knows, it’s how to get a free meal at Costco. For those that aren’t familiar, Costco is a huge wholesale supermarket for groceries, clothes, devices, furniture, and much more. In the food section (which is gigantic), there are little stations in every aisle with employees offering free samples. They don’t limit the amount you can take (within reason) and there are sometimes more than 50 in the larger stores. Grab a few bites from each and that’s an easy free meal.

Americans can’t even say the word s’more without thinking about sitting around the campfire and roasting marshmallows. Marshmallows are another quintessential piece of America, and s’mores go even a step further. They create a sandwich out of a roasted marshmallow by putting it between two graham crackers and adding Hershey’s chocolate underneath the marshmallow. If it doesn’t have those ingredients exactly, it’s not a s’more!

10. How to drive before you can drink

One of the weirdest laws in America is that the minimum driving age is 16, but the minimum drinking age is 21. And in rural communities like where I grew up, there are even exceptions to the minimum driving age so you can begin at 14. It’s true that you do need a car to get around everywhere, because we just don’t have the public transportation infrastructure like Europe has. But I always thought that if you’re responsible enough to operate a large vehicle like a car, don’t you think you can also responsibly handle a beer? Weird…

Interested in learning more about American culture? At Lingoda, we have English lessons in this very topic! Practise your small talk and sign up for your free 7-day trial today!