10 Things You Didn’t Know About French 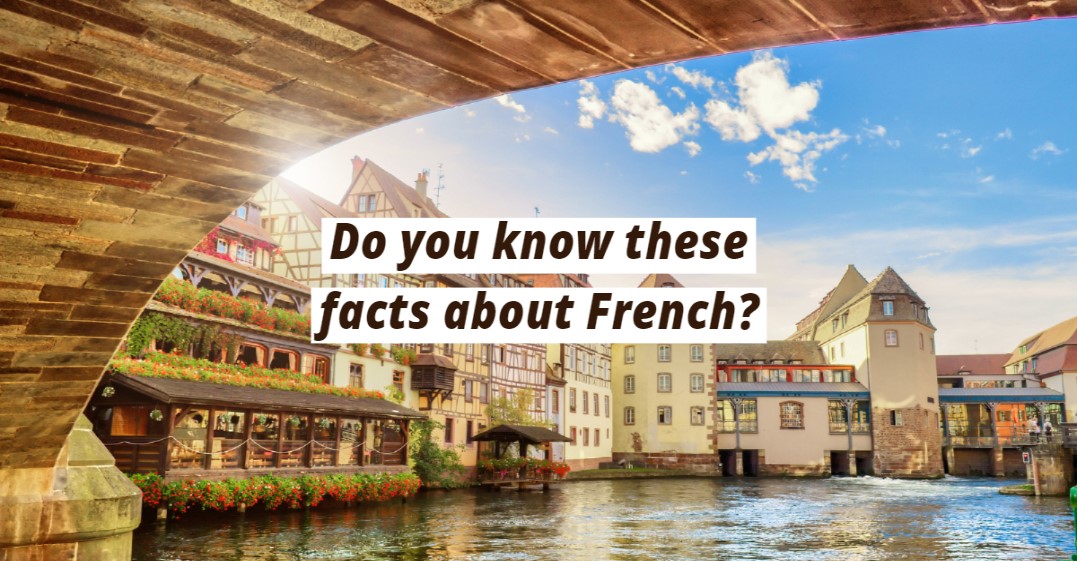 Do you really know French?

La langue française or, as we know it in the English-speaking world, French is one of the most-spoken, most-studied and most influential languages on earth.

French is the first language of 76 million people across the globe, and the second language of other 100-200 million. It has seventeen recognised dialects at an international level, and it’s spoken in all continents, but mainly in Europe and Africa.

One of the most interesting aspects of joining the millions of people across the globe who are studying French as a second language has to do with immersing into the history and culture surrounding it.

What does France have to offer?

France has a lot to offer, from the music of Claude Debussy to the works of the French impressionists, to the poetry of Arthur Rimbaud and the films of the Nouvelle Vague. But the Francophone world extends beyond the French borders. Belgium, Luxembourg, Switzerland, and Equatorial Guinea have a lot to offer as well.

It’s also worth mentioning that French can be your gateway to almost any other Romance language. So, if you’re interested in eventually becoming a polyglot, this could be a wise place to start.

While it’s set apart from the others, by some of its pronunciation quirks, starting a Spanish learning journey with a solid understanding of French can make acquiring new vocabulary and adapting to certain syntactic structures very easy.

In the following infographic (from Day Translations, an interpreting services company and a key player in the French translation services sector), we’ll dive into ten facts about your target language, that you might not know:

If you’d like to start learning French, or you have a trip planned to Paris and you want to brush up on your skills, visit the Lingoda website and sign up for your free week trial. Our native speaking teachers follow structured curriculum inline with the CEFR, to ensure you learn quickly and effectively.